Perhaps one of the best weekend getaways from Delhi and is located just 350 Km. from New Delhi. Shimla requires no introduction as the destination has already earned a tiled status for being the most popular summer destination in Northern India. Shimla, the capital to the state of Himachal Pradesh offers a perfect fusion of culture and history and still offers the traces of British Empire through some of the world's finest examples of British colonial architecture in India. The royal snow clad mountains, striking vales, affluent greenery, magical climate and the gorgeous lagoons in the land of Shimla addresses you to delight in the enduring beauty. This charming city is filled with tranquility and offers picturesque beauty.  Certainly it is an ideal weekend getaway to relax, enjoy and to savor the splendor of unflawed nature and that is the reason the place is called as the Queen of Hill Stations. 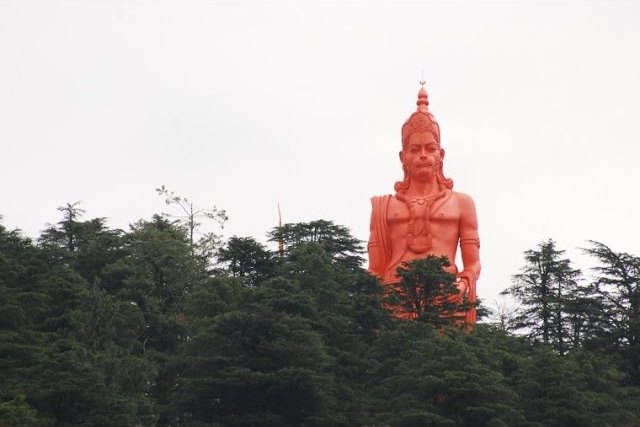 Jakhu Hill is elevated around 8000 ft above sea level and is the highest peak in the region, the place endows 360 degrees views of Shimla city along with snow covered Himalayas.  Jakhu is one of the most popular attractions in Shimla and is admired by both nature lovers and pilgrims. The place is also an abode of famous Jakhu Temple of Lord Hanuman, the 108 feet tall idol of Lord Hanuman (World’s tallest statue) here overlooks the entire city.

Located amidst the town is The Shimla Ridge that grants remarkable views of the surrounding mountains and snow clad Himalayas. It is a large open space and is a hub of all cultural activities of Shimla that runs through the famous Mall Road of Shimla. Many famous attractions of Shimla like Lakkad Bazaar, The Mall, Scandal Point and Jakhu Temple etc. are connected through the Ridge.

Also known as Himachal State Museum and Library and is located at the top of Mount Pleasant. Shimla State Museum was built in 1974 with an endeavor to conserve the cultural wealth of the past. The collection offered here allows you to have a deep view of splendid history of Shimla. The Museum offers spectacular collection of different objects concerning art, culture and archaeology that includes figures, pictures, craftwork, paintings and coins. It is amongst the most happening and busiest attractions of Shimla, and a place where most of the landmarks are located. The Mall Road has plenty of hotels, clubs, restaurant, bars and food joints along with some administrative offices.  The Mall becomes very flattering during evenings hence tourists enjoy strolling at the Mall and savor the picturesque beauty of nature while enjoying tea or coffee.

Built in Neo-Gothic style of architecture, in the year 1857, with an endeavor to serve the huge Anglican British society settled in Shimla, Christ Church is one of the finest examples of British Architecture in India and is one of the oldest Churches in Northern India.  The royal facade of the church and its striking location brings it in the list of the best places to visit in Shimla and amongst the enduring legacies of British era.  Christ Church is definitely a must visiting places during a trip to Shimla. 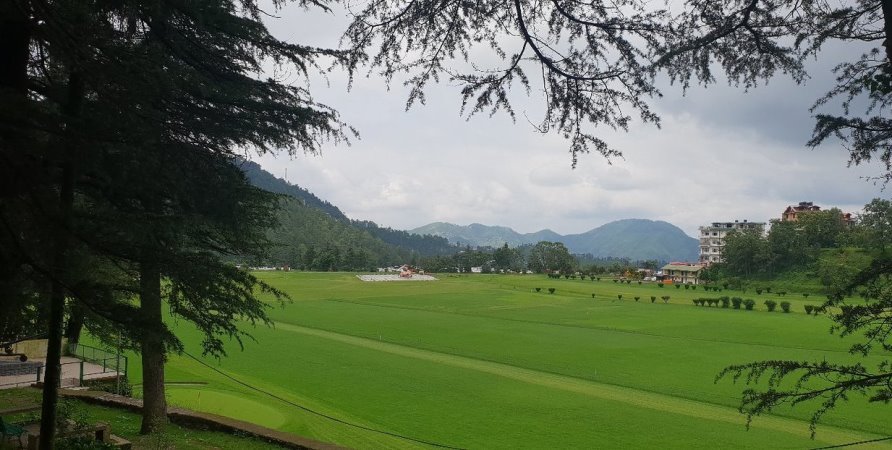 Annandale, a flat terrain in Shimla is popular for being a place where British used to play polo, cricket, racing and other sports. Annandale has been built-up as the city’s playground and is located around 3 Km from the Ridge. Annandale, a place encircled with deodar and oak trees, is certainly one of the splendid attractions of Shimla and grants you the scenic views of the nearby places and snow clad peaks. Glen Forest is nestled near Summer Hill and is an exceptionally charming spot in Shimla. The astonished appeal of Glen is enough to fascinate tourists across the globe. With sky touching Deodar and Pine trees that grants shades makes it more comfortable and friendly to enjoy a tranquil long walk on the trails. Glen offers widespread valleys, immense greenery and small water bodies which makes it a pleasant place where one can enjoy the nature at its best.  Glen is easily accessible by car but if you closely want to feel the nature than you must plan visiting Glen by trekking. By walk it is just 4 Km away from the main Mall Road.

The glorious edifice was built between 1880 and 1888 during British era as a seat of the British Viceroy Lord Dufferin and is also known as Rashtrapati Niwas or Viceregal Lodge.  In the year 1965, Dr. Radhakrishnan established the Indian Institute of Advanced Study here.  The magnificent building is situated on the observatory hill which is a part of cluster of seven hills that forms Shimla.  The beautiful architecture is encircled with elegant lawns and gardens and the pine and oak trees in the vicinity further enhances its elegance.  This British Renaissance style of construction offers breathtaking views from the top of Observatory Hill. 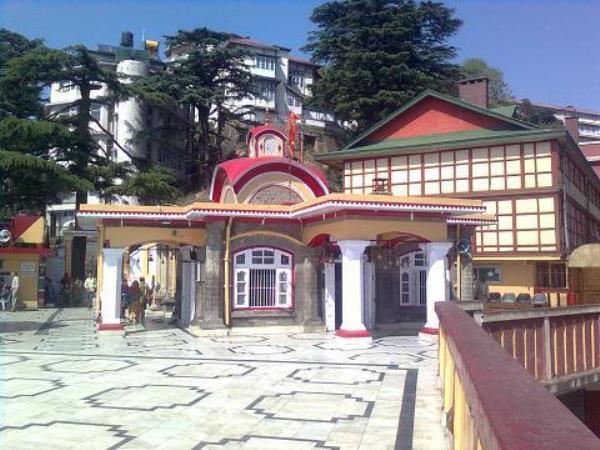 The legendary Kalibari Temple of Shimla is highly revered by local populace and is a popular tourist destination. The holy shrine of Kalibari is devoted to Goddess Shyamala, a fearless incarnation of Hindu Goddess Kali.  This magnificent shrine was built around 1845 during the British regime and the city of Shimla is said to have derived its name after Goddess Shyamala. The holy shrine is nestled on Jakhu Hill amidst the verdant forest and offers striking views.  Tourists visiting Shimla get mesmerized by the spiritual significance of the holy shrine and walk to the temple to worship Goddess Kali.  Being located at an extremely scenic location, one can enjoy the views of Shimla city from here. Tattapani is popular for its hot springs coming out at the banks of Sutlej River and is situated at a distance of around 50 Kms. from Shimla.  It is believed that hot water springs at Tattapani are rich in Sulphur and have great medicinal values which help in curing skin diseases, fatigue and joint pains. Tattapani is a full day tour from Shimla and other popular attractions like Naldehra Golf Course and Shaily Peak can also be enjoyed during the same trip.

Hattu Peak is located around 70 Kms from Shimla in Narkanda town and is elevated at an altitude of around 11150 feet above the sea level. Hattu Peak is one of the highest peaks in Shimla region and is a popular spot for skiing during winters.  From Narkanda, it is an uphill drive of 8 Kms to reach Hattu Peak.  Also there are many trekking routes available from Narkanda for adventure enthusiasts. Perhaps it is extremely popular amongst the trekkers and bikers.  This gorgeous place is encircled with high Himalayas and is amongst the most charming places in Narkanda town.  The Hatu Peak is blessed with Hatu Mata temple, a holy shrine highly revered by locals. The beautiful hillock on the top of the peak offers 360 degree views of the nature. Kufri is situated around 18 Kms away from Shimla.  This small hill town is position around 8230 feet above the sea level and is renowned for its exquisite weather. During summers the temperature in Kufri is mild and the place is flocked with tourists to get away from the scorching heat of the plains. Winters makes this place a famous skiing destination when the entire Kufri is covered with snow.  Adventure enthusiasts swarm here to enjoy skiing and trekking along the snow capped mountains. Kufri is known for its best ski slopes, deep valleys, pleasant weather and panoramic views of the Himalayas and attracts large number of tourists throughout the year.